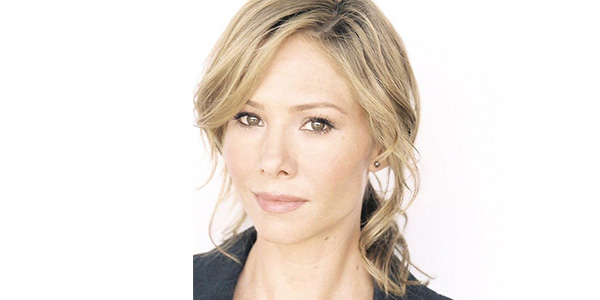 “Staying within the lines may make you more acceptable, but outside the lines is where true art is born.”   Sarah Joy Brown’s father inscribed these words on a special drawing that he created as a special gift for her. The Emmy Award winning actress, director, and activist channels her late father’s advice whenever she embarks on a new challenge.  Brown began her professional acting career at nineteen as series lead, Kaitlin Star, on the popular children’s show, VR Troopers, and dramatically burst onto the scene of ABC’s daytime drama, General Hospital, portraying Carly Benson, and later Claudia Zacchara.  Since then, she has appeared in countless films and television series, always bringing a depth and complexity to her performances that has captivated fans and critics alike. Sarah was recently nominated for an Emmy for Lead Actress for her role as Laurie Smith on Amazon Prime’s Studio City.

*When did you first know that you wanted to pursue a career as an actress?

I took an elective theatre and acting class during my freshman year of high school.  I remember thinking it would be fun, but certainly was not expecting the immediate and visceral response acting gave me.  I learned many things about myself through acting, including that I had the ability to memorize massive amounts of dialogue.  I struggled with dyslexia and surprised myself with this as this certainly didn’t seem to work with math or history!  This ability to memorize quickly allowed me to jump right into focusing on the performance part of the work.  The acting bug bit me once I was in front of an audience and felt that they enjoyed what I was doing.  I went to my teacher to ask if there was a more intensive program that I could pursue.  I then auditioned and was accepted into the prestigious Los Angeles High School for the Performing Arts.  My mother would drive me two hours each way to school before we eventually moved to L.A.  Three months after graduating high school, I was cast in VR Troopers.

*Your role on General Hospital was a rather exciting project for which you won three daytime Emmy Awards portraying Carly Benson and later was nominated again for your role as Claudia Zacchara. How did that evolve?

I had been filming a movie in Canada, when I got a call about auditioning for the role of Carly Benson on General Hospital.  Mark Teschner saw my performance and called in Wendy Riche.  I then did a network test with Steve Burton (Jason Morgan, GH) and we seemed to have a great chemistry.  My years at General Hospital were incredibly gratifying.   I left General Hospital when I was 26 years old to pursue other projects and returned in 2008 to portray a new role, as Claudia Zaccahara.   It is incredible to me that there are so many of my fans that didn’t recognize me in this role. I take it as an incredible compliment that I was able to play a second character so convincingly, on a show in which I had a breakout lead role, so that even my fans thought the character was played by a different actress.

*What can you share with us about your role on Amazon Prime’s Emmy Award winning show, Studio City, and getting to work with some of your General Hospital co-stars?

It has been a great experience getting to work with Sean Kanan (former A.J. Quartermaine, GH) again.  He has put together an amazingly talented cast and crew for Studio City and it has been wonderful to see the Emmy nominations that the show has received and I was thrilled when Studio City won the Emmy Award for Best Digital Drama this year!  I portray Sam Stevens, Sean’s character’s sister, Laurie Smith.  Tristan Rogers (Robert Scorpio, GH) is outstanding as my father, Doc Smith.  Carolyn Hennesy (Dianne Miller, GH) does an amazing job as Gloria Winton, the executive producer of the fictitious soap opera, Hearts on Fire, at the center of Studio City.  The show was a fantastic project that really touched on so many current issues and was, as Sean has described it himself, a sort of “love letter to soaps and daytime television.”

*What role does fitness play in your life?

I have considered myself an athlete all my life.  I am a high-spirited person and movement helps channel some of that energy.  I was no different as a child and was considered hyperactive.  I began gymnastics and dance when I was five years old and grew up horseback riding as well.  My gymnastics came in particularly handy, as my first role was as superhero in VR Troopers, and I performed most of my own stunts.  I also studied martial arts and eventually took up running and snowboarding.  I have been battling a neck injury that stemmed from an accident while I was performing a stunt on VR Troopers, and I further injured it while working on set at General Hospital.  While a surgical procedure has helped, there is more surgery recommended and I’m careful with my fitness routine not to exacerbate my condition.  I gave up snowboarding, which was such a love in my life and, when I do lift weights, I stick to 5 lb. dumbbells.   I still run, and yoga is now a mainstay in my fitness routine.

Sadly, it is somewhat boring!  I have celiac disease and have been gluten free since 2006.  I used to love to cook but, before being diagnosed, food was making me sick, and I felt I lost a little bit of my passion for cooking during that time.  Now that I’m acutely aware of what I can and cannot eat, and how that impacts how I feel, my relationship with food and cooking has improved.  That said, I often think that living gluten-free is the bane of my existence!

Integrity and excellence.  In terms of people’s actions, the litmus test to me is clear: when tested, they won’t sacrifice their standards, loyalties or priorities for a paycheck.  Even in terms of business transactions, encountering excellent customer service in virtually every industry stands out to me.

*What is a surprising fun fact about you?

I think it would surprise people to know how tech savvy I am.  I am a computer nerd of sorts. Ever since purchasing my first Apple Computer in 2000, I have become quite the techie.  This skill has come in handy, as I am constantly writing and editing and working on different projects.

*If you could be an instant expert in anything, what would you choose?

Filmmaking!  If I could do it all over again, I would have pursued a career in filmmaking earlier.  I spent a lot of time acting to make a living, but filmmaking is a creative passion of mine.  I think writing and directing is what truly taps into my creative passions.

*You have been a fiercely passionate activist and you’re outspoken on the sexual harassment that exists in Hollywood.  What would you like to share about your own experience?

I grew up in a family of brothers and I don’t offend easily.  I do take offence at anyone in a position of power who uses that position to take advantage of others.  No one should be subjected to unwanted touching and sexual advances.  Being a survivor of sexual harassment and sexual assault, I understand all too well what a horrific experience it is and how extraordinarily difficult it is to get past.  If I could share some wisdom with my younger self, it would be to not have a greater sense of security than I should have.  There are enormously powerful people in Hollywood who abuse that power by committing acts of sexual abuse and harassment, and it can be extremely difficult, if not career-ending, for a victim to speak out.  When I reported a director who assaulted me, my manager for most of my career at that point advised me it was in my best interest not to make trouble if I wanted to continue to work on that show and for ABC.  There are people who idly stand by while this abuse takes place because of a paycheck and the high-power positions of the perpetrators of the assault and harassment.  This is simply unacceptable.  While many voice platitudes about supporting victims in this #MeToo era, their actions are not always in line with their words.  Actively changing this culture is something we all have a responsibility to strive for.  I openly share my own experiences on my website at https://www.sarahbrown.net/stand-with-me  in the hopes that my story helps prevent someone from suffering the same fate or helps to encourage and inspire others to come forward with their own story.

*How do you move forward after facing difficulties and bounce back from life’s setbacks?

Have you ever seen that image of a crane with a frog in its mouth, where the frog has his hands around the crane’s neck with the words, “Never give up!” as the caption?  I think that’s my mantra.  My mother went into labor with me early and, during my birth, the umbilical cord was wrapped around my neck. The doctor had to act quickly and cut the cord to save my life.  I believe I came into the world fighting.  I try to tell myself to not get too far ahead of myself.  If you spend too much time looking ahead or reflecting on the past, you’re losing what’s right here, right now… this present moment and. no matter what you’re facing, don’t give up.

*What’s next for you?

I scaled back on my career while I was raising my daughter, Jordan. In a “life comes full circle” moment, I received an e

I scaled back on my career while I was raising my daughter, Jordan. In a “life comes full circle” moment, I received an email as I was walking out of her college graduation with the news that I had been chosen to direct 10 episodes of a new audio drama for the Violet Hour Media Network entitled Red Riding Hoods.  It was fulfilling a life-long dream to try my hand at directing.  It is very exciting, and I am so proud of this project.  The audio only format is in the same vein as Dick Wolf’s audio drama.

The first episode is now streaming for free and new episodes will follow each Monday.  It is in the action/adventure/horror genre, and stars Haley Pullos, Isha Blaaker (The Flight Attendant, HBO) Mikayla Bartholomew (King Richard), Sam Doumit (The Hot Chick) and Carolyn Hennesy (Terminator 3: Rise of the Machines and Diane Miller, General Hospital).  You can listen on Apple, Spotify the Violet Hour Media website and everywhere else you listen to podcasts.

You can bet that for this and for whatever comes next,  I will be thinking of my dad’s words and coloring outside the lines!

About the author:  Charlene Bazarian is a fitness and weight loss success story after losing 100 pounds. She mixes her no-nonsense style of fitness advice with humor on her blog at Fbjfit.com and on Facebook at FBJ Fit. 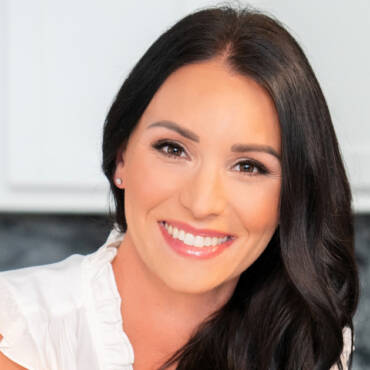